We welcome Dr. Jennifer Honeycutt in her return to Maine as an assistant professor of psychology and neuroscience at Bowdoin College and newly-funded INBRE investigator. As an undergraduate student at Colby College, she began her research career in the neuroscience lab of former INBRE Project Leader Melissa Glenn, Ph.D. The first in her family to attend college, Dr. Honeycutt graduated from Colby in 2010 and subsequently earned her Ph.D. in behavioral neuroscience at the University of Connecticut.

The first in her family to attend college, Honeycutt graduated from Colby in 2010 and subsequently earned her Ph.D. in behavioral neuroscience at the University of Connecticut. 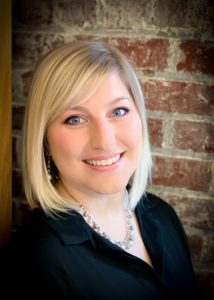 Dr. Melissa Glenn joined the psychology department at Colby in 2007 where she studies the behavioral, neural, and physiological effects of choline supplementation or deficiency at different stages of life. Her INBRE-funded research project in 2010-2015 contributed evidence to support the use of dietary choline as a preventative measure for the mediation of cognitive defects seen in schizophrenia. Honeycutt (former last name Corriveau) was the first author on an article that described their research findings in the journal Pharmacology, Biochemistry, and Behavior. 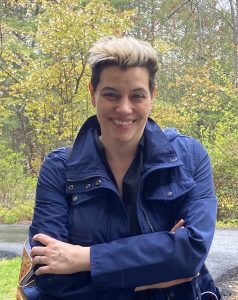 Dr. Glenn, now a full professor at Colby and chair of psychology, continues to engage students in the study of brain of behavior, expanding the reach of her research into studies on Alzheimer’s disease and traumatic brain injury. The Glenn Lab has been a training ground for over 100 students over the past fourteen years. In addition to Honeycutt, 25 undergraduates in her lab have gone on to graduate school, and 35 work in research and medical fields. Approximately 85% of her students have been women and those in other groups underrepresented in science.

According to Dr. Glenn, Dr. Honeycutt has always been a leader in innovation and representation in science. “From her early days in my lab as an undergrad through her time as a grad student and postdoc, and now as a new assistant professor at Bowdoin, Dr. Honeycutt has challenged her peers and now mentees to think critically and carefully about entrenched and outdated scientific notions that hold back progress in our field. This includes scientific dogma but also, importantly, what a scientist looks like. Dr. Honeycutt is an exceptional and highly visible role model and has been an unwavering champion to students underrepresented in science. I anticipate that her lab at Bowdoin, with the support of INBRE, will be a transformative place for her students. I am excited to see her research agenda unfold and thrilled that she is now an INBRE project leader.”

She is an advocate for underrepresented students in the sciences, including first generation students, women, URMs, BIPOC, and LGBTQA+ identifying individuals. 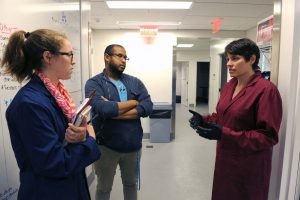 Read about Dr. Honeycutt’s start in science, pivoting from art to psychology major, and more about Dr. Glenn’s influence and support on her path in this 2015 article from Colby Magazine.