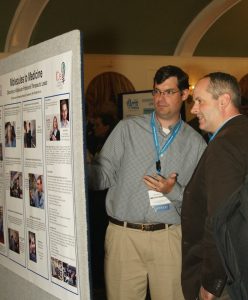 The NIH, through its STRIDES program, has engaged the Maine INBRE Bioinformatics Core to collaborate in a pilot project with an ultimate goal of developing a method and platform to share computational tools and processes with other scientists using Google Cloud resources. Core co-directors, Drs. Benjamin King (University of Maine and Joel Graber (MDI Biological Laboratory), are exploring ways Maine can leverage cloud computing to overcome barriers to accessing large amounts of data seamlessly. If successful, the hope is to replicate it in other INBREs in states across the country. The pilot is implementing an RNA-seq analysis pipeline in the Cloud platform using data produced by the lab of INBRE project leader Dr. Sally Molloy.