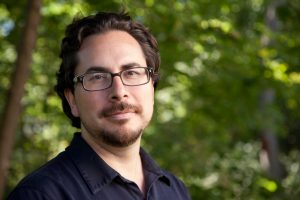 Bates College assistant professor Jason Castro was awarded an early career grant (CAREER) of $720,000 by the National Science Foundation (NSF) starting in May 2016. This prestigious accomplishment is the first ever CAREER grant awarded to a Bates faculty member.

Castro and his students at Bates are developing computational techniques for researching the organization of the olfactory bulb of the brain, a region dedicated to processing smells.

Castro’s research at Bates on the organization of the nervous system was supported by Maine INBRE from mid-2014 through mid-2016, when he graduated from the INBRE program with this independent funding from the NSF.

Castro is the sixth INBRE project leader to graduate from the INBRE program during their funding support period.